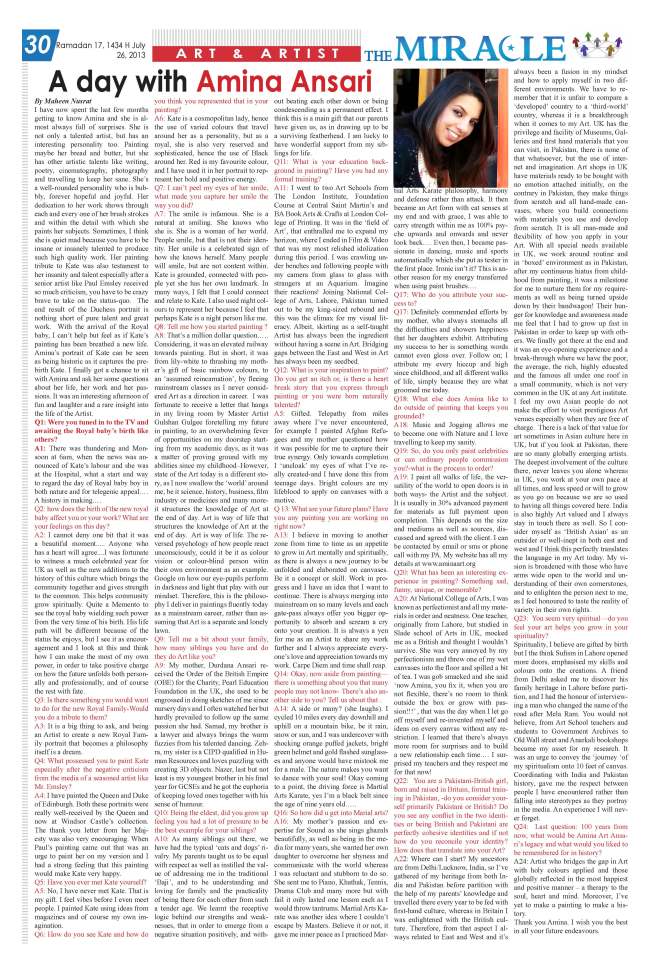 Revelations As A Result Of Hidden Cameras in Sweden’s Mosques.

In the latest episode of Swedish television channel SVT’s investigative news programme Uppdrag granskning, ten Swedish mosques were visited, and in six of them, imams were caught on camera giving advice harmful to women and contrary to Swedish law. (An unofficial subtitled version of the episode, thanks to MMW writer Tasnim, is available here.) Using a hidden camera and recording equipment, two women, one posing as an abused wife and the other as her supportive friend, went to ten of Sweden’s largest mosques and asked questions relating to polygamy and wife-beating. Imams were then caught on tape telling the wife not to report the husband to the police, even after he had beaten her and not to deny him sex under any circumstance.

In reference to polygamous husbands, six of the mosques said not to deny the husband sex, and also advised against reporting abusive husbands to the police. Nine out of the ten mosques said that men had a right to multiple wives under certain circumstances. Two mosques gave advice to report abusive husbands to the police and one mosque said that men didn’t have a right to marry several wives under Swedish law and their husbands need to follow Swedish law.

These violations are particularly glaring given that many of these mosques receive government financial support. Mohammad Fazlhashemi, himself a Muslim and a professor of history of ideas at the Umeå University, commented on the imams’ advice in the episode and noted that:

“As the mosques have received state support they have also acknowledged their obligation to follow Swedish law and the basic democratic principles. Now there is a need for self-examination. They need to clean up.”

This episode has become big news in Sweden, a country hailed as a leader in championing gender equality in the world. The episode has become a hot topic of discussion on many websites fuelling hatred against Muslims as evidence for Islam’s backwardness especially for those at the forefront of the Islamophobia machine, such as Jihad Watch and Pamela Geller.

Fazlhashemi points out the parallels between Islamophobes and extremist literalists, noting that the literalist mosque-representatives provide support to the anti-Muslim forces’ ideology: “This confirms their hateful view of Muslims. This is extremely unfortunate that they (i.e. the six mosque representatives) live up to the Islamophobic prejudices.”

The episode has drawn criticism, including from Abdul Rashid Mohammed from Gothenburg mosque, who is critical of the editing process, which stripped an hour-long phone conversation down to its bare bones. This has been exacerbated by the fact that there is no official transcript in English, although an unofficial subtitled version is available. Many of the Islamophobic websites resorted to the Google translator feature to translate the Aftonbladet article, a news report and not a transcript, and so most have focused solely on the sensationalist sound bites.

Another problematic aspect of the format is that we are given little information about the women, and never hear them speak outside their roles in the interviews with the imams. All we know is that the one posing as a battered wife is Muslim, while her supportive friend is an ex-Muslim. A point that was overlooked by Jihad Watch is the repeated insistence by the “weak” woman playing the battered wife on not wanting to leave her husband. It is a general rule of thumb in dealing with domestic violence victims to give them options and let them make their own decisions. Several of the imams actively discouraged the woman from reporting her husband to the police, justifying this by saying it would lead to more problems especially if the woman does decide to forgive the man, since the prison system won’t and he would have to serve out his sentence. Others were more vague, and one pressed her to report him. And that is another point: it would have been encouraging to see more of the mosques that did indeed give the women advice that was in compliance not only with Swedish law, but also with basic human rights.

Mahmoud Khalfi, who is an imam at Stockholm’s mosque and chairperson of the Islamic Association in Sweden also criticized the episode’s heavy focus on just Muslims and Islam as a monolith. Uppdrag granskning has done a similar episode on the niqab in the past. It might have been helpful to explore other religions recognizing that double standards exist in other communities as well, although the show does briefly mention similarities in Jehovah’s Witnesses and Muslims. Many advocates of women’s rights, and those against domestic violence always highlight that anyone can be a victim of domestic violence, irrespective of age, religion, race, education, economic situation etc.

The episode makes it seem that all imams condoned violence against women and allowed for it to persist. Upon watching the subtitled version, it becomes clear that most of the imams do say it is NOT okay to hit (see video 20:55-20:59), while two imams show with a gesture that the only thing allowed is to lightly tap the woman’s hand or arm (see video 29:27-29:35 and 21:10-21:17. I am not suggesting to accept this definition of acceptable hitting, nor is it justified; it is demeaning and provides an unnecessary amount of power and privilege to the husband. By imparting advice to ask for forgiveness for his wrong doing to earn his love is putting the blame on the victim and is in no way justified or should be tolerated. However, the episode and the commentary that follows the episode, the underlying advice by the Imam is to try and work together to solve the issues and to keep the family together (see video: 25:39-25:47, 33:35-35:44, 37:03-37:09) before bringing authorities into the equation. The presenter and subsequent commentators don’t keep in mind that maybe the woman wants to keep the family together (see Video 25:39-25:47) and does not want to leave her husband. Similarly, in reference to polygamy, most imams say that a man is allowed up to four wives in the Islamic tradition, but that he must be fair to the wives and equal in treatment. The episode fails, just as the Imams fail, to understand the difference between Islamic allowances and Swedish laws.

Ultimately however we cannot deny that clearly men in position of religious authority did impart advice that was not only contrary to Swedish law, but also violates human rights. As Fazlhashemi says: “What these men (imams) had said to the women clearly violates their human rights.” As Muslims, we can no longer start crying Islamophobia every time our dirty laundry is aired. We have to admit that the fact that these women did get such advice is not shocking, as a simple Internet search would also turn up several Islamic sites emphasizing not to aggravate him, endure with patience and forgive when it comes to domestic violence.

The unfortunate truth is that such misogynistic thinking does exist in the Muslim world. Like in many other cultures and religions, Islam is being used as an excuse to perpetuate male superiority and continue spreading misogyny by cloaking it under Islam. Polygamy pre-existed Islam and is not unique to it, and nor are the ideas of obedience, submission or subjection limited only to Muslim tradition. Many Muslim women would end up succumbing and not arguing with religious scholars on the count that they are more knowledgeable in the matters of religion, and also due to a deep reverence for the religion they follow. Islam has been misused for far too long at the hands of men who abuse the rights of women; it is time that we implement serious measures to ensure that tribal mentality is not continued to be imparted to our youth under the guise of Islamic jurisprudence. There are many known imams and scholars who continue to be a beacon of hope for many of us, but it is important to put in place stringent criteria and tests before imams are hired for our mosques, including training in the local laws of the country of residence and it needs to be made crystal clear in their trainings that certain allowances that may exist in Islamic law cannot be implemented under Swedish law and therefore are illegal. We cannot continue to perpetuate a double standard that does not fit the framework of the countries we reside in. It is important to learn to make that distinction.

Change does take time to occur. Sweden may have championed equal rights for men and women, but the topic of domestic violence was still a matter of shame in that progressive society as per an Amnesty International Report. As Muslims, if we wish to champion human rights, it has to begin with taking a serious and deeper look at ourselves. Domestic abuse is not a laughing matter, and by imparting such advice as that given in the episode, we are only giving more power to the abusers and pushing victims of domestic violence further into silence.